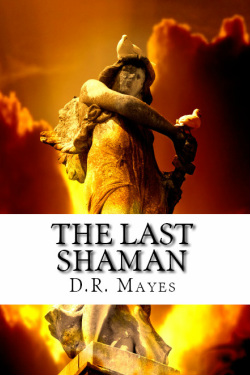 In the rugged Appalachia Mountains of eastern Kentucky, a spiritual battle is underway. Not Baptist against Protestant or Catholic against Lutheran but creation against chaos. An evil older than mankind lies undetected from civilization and prying eyes protected by the vast mountains and the superstition of the inhabitants. Smug in the knowledge that modern religion is in turmoil with sex scandals, politics, and betrayal, the evil is virtually unchallenged as their time draws near. The mass populace has lost faith in religion and God but a bloodline and an old mans prophecy are the only obstacle to total victory. At the height of this struggle, four people are drawn together by an unseen hand.

Ray Hayes is a man that abandoned this region, his heritage, and his wife and daughter for a life of recognition, vanity, and corporate acceptance. He is the first player in a life and death battle that has played out many times in these mountains and other remote areas around the globe. Unable to stop the horrific nightmares of demons and his dead grandfather, he comes back to the place of his birth only to find himself blessed and cursed in a struggle as ancient as the mountains he loathes.

Three young girls will forever change his life as they join Ray in the mountains. One a resident of Montana who calls herself Jet, is a beautiful and charming twenty five year old mother of one with a desire to fulfill her destiny, another is a twenty one year old Pennsylvania outcast named Annie who is a streetwise reformed heroine addict with a huge debt to repay, and Faith, a four year old child of the mountains who holds the power of God in her hands.

Four people join forces in a shaky alliance but a secret hidden in the past ties them together forever and nearly destroys them as they come to grips with each other and a heavenly decree. This love hate relationship drives them to battle each other and their spiritual beliefs in an effort to save a four-year-old child from hell itself, the dark angels known as the Watchers.